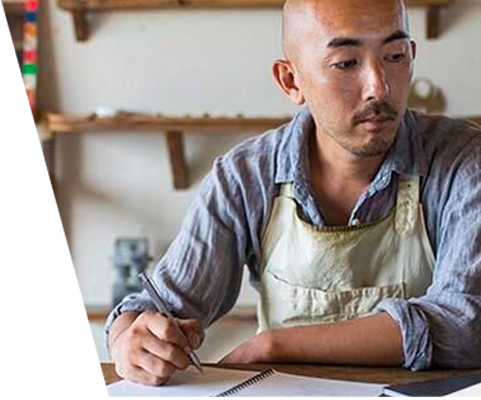 The UK national health technology assessment (HTA) body, the National Institute for Health and Clinical Excellence (NICE), made a long-awaited announcement last week: NICE has expanded the criteria for evidence that it will use when developing guidance aimed at health and social care systems.  It will now consider the use of broader data sets and analytics as part of its decision-making framework.  The announcement follows a consultation period that started last summer and involved a broad group of commentators, including industry, methodologist, and patient groups.

Under the previous framework, NICE preferred evidence derived from randomized controlled trials (RCTs), cohort studies, cross-sectional studies, and surveys of the views and experiences of people using health and social care services.  These studies had to reflect clinical practice in England in terms of patient population, comparators and outcomes that are routinely measured by clinicians within the national healthcare system in England.

Satisfying these criteria can be challenging for global clinical programs that need to reflect the diversity of all markets.  The expansion in criteria announced last week means that electronic health records, ‘real-world’ data (identifying health and social care practice outside of trials e.g. registry data and clinical audits) and other relevant data sources available in the public domain, can now be used alongside trial data as part of the evaluation framework.

This change addresses a criticism of NICE’s current process that was seen as limited and not able to account for new technologies, such as cell/gene therapies, oncology treatments that were histologically agnostic and in particular evidence challenges for orphan and ultra-orphan drugs.  Due to this requirement, treatments that had received marketing authorization using early trial data or single arm studies often faced long delays in achieving reimbursement approval or faced restriction in the patient population that could be treated in routine clinical practice.

Whilst this announcement is primarily for the development of guidance for health and social care systems, there is some overlap with NICE’s technology appraisal process.  The inclusion of real-world data (RWD) means that companies can better plan for generating evidence that is most reflective of patients within the UK healthcare system.  This announcement should not be interpreted as NICE’s acceptance of non-trial data as a substitute for robust clinical trials, but rather an expansion of the source of data it will consider in situations where RCTs are not feasible, difficult or limited in terms of data generation.

The announcement means two things for biopharmaceutical companies: 1) they now have greater confidence on the acceptance of these data sources alongside their clinical trial data, although there is little information on the actual evaluation and analytical framework, and 2) we are seeing step towards aligning the evidence package with guidelines from regulatory agencies (such as the Food and Drug Administration (FDA) in the US and the European Medicines Agency (EMA) in Europe) and NICE in terms of the use of RWD.  This is good news for the Pharma industry, as this will have a big impact on the way clinical trials and other evidence generation activities can be conducted.

The pivotal clinical trial is often the only source of data supporting both regulatory and reimbursement hurdles.  We have often seen conflicting recommendations between regulators and HTA bodies using the same trial evidence. Treatments are granted marketing authorization as the product has demonstrated a favourable benefit/risk ratio.  Still, reimbursement challenges may occur as HTA bodies may conclude the drug failed to provide robust data to support full reimbursement, or demonstrate value for money.

In particular, the reimbursement of orphan drugs remains a significant problem.  One of the huge hurdles for orphan drugs is the collection of evidence in a very small patient population within the framework of a randomized clinical trial.  The lack of approved alternative treatments means that the most relevant comparator (standard of care) will differ from country to country.

In addition, clinicians may evaluate the impact of treatments in different ways across markets.  The lack of consistency means that designing the right protocol and recruiting a representative patient population, as well as enrolling enough patients to meet statistical power requirements to show clinical benefit, remains a key reason why orphan drugs face significant reimbursement hurdles.

NICE’s announcement means that companies can now look to data sources outside of their trial programme to supplement their clinical trial data and enhance their evidence package.  The option to include additional data sources enables companies to determine country-specific treatment paradigms using local registry data and/or electronic health records, identify the most relevant comparator in the UK based on actual prescribing patterns, and use the data captured in these databases to enable comparative effectiveness analyses.

Companies can now plan to use these data sources in advance, knowing that these will be acceptable to NICE as part of the technology appraisal submission.  While this announcement means that NICE will accept RWD as evidence, it remains unclear how it will affect NICE's evaluation framework going forward and ensure companies choosing to use RWD are not scrutinized unfairly compared to companies using more traditional data sets.

NICE’s use of QALY to determine the value of treatment has been criticized: How will it address the use of RWD evidence to supplement the clinical evidence in some diseases such as orphan diseases or in diseases in which an RCT is not feasible? How will the analysis compare to well-established diseases such as non-small cell lung cancer or multiple sclerosis, which may derive its evidence solely from RCTs?

A consultation on the methods and processes used for health technologies including drugs, devices and diagnostics will begin this summer.  The review will also look at how uncertainty is explored and quantified and what can be done to reduce that uncertainty.  This will include not only the use of real-world evidence but also how data analytics can be used.

To discuss your product’s evidence needs and the use of RWD evidence in your market access strategy please contact Sangeeta Budhia at Sangeeta.Budhia@parexel.com.